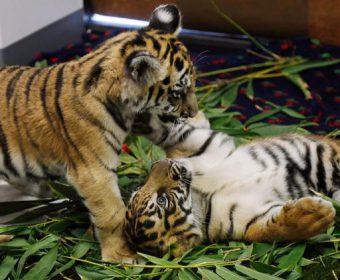 In Oct. 20, the US Fish and Wildlife Service stated that 16 people were hit with federal charges as part of ‘Operation Jungle Book.’ This is the largest wildlife trafficking operation in the history of southern California.

The US Fish and Wildlife Services had a news conference to announce the federal criminal investigation regarding this serious animal, birds, fish and plants crime, to increase awareness of the crime and to deter people from trying to smuggle wildlife. The assistant US attorney on the case, Amanda Bettinelli, who headed the team on the case, stated that federal authorities having seen an increase in wildlife smuggling and trafficking in recent years. Operation Jungle Book was conducted from May-October 2017, which was a concerted effort to stop such criminal activity.

One of the resident agents in southern California who is in charge of federal efforts to combat animal trafficking stated that the number of illegal shipments coming into the Port of Los Angeles each year is ‘pretty shocking.’ Even though there is a threat of serious prison time, smugglers risk the illegal activity because of the very profitable black market for the animals. Many of these animals can be sold for thousands of dollars each.

Federal agents cited what they called an ‘insatiable desire’ to own examples of rare animals is fueling a black market for rare and protected species all over the world.

Animal traffickers will try almost anything to get the very profitable animals into the US. In the past, dangerous king cobra snakes were packed into potato chip cans. Asian songbirds were stuffed into a suitcase, and a Bengal tiger cub was driven in a car from Indiana to southern California. These types of smuggling crimes lead to not just charges on wildlife trafficking, but animal cruelty as well.

This year, Kurtis Law, 50, from Orange County, was placed under arrest on the federal charge of smuggling nearly 100 Asian songbirds that are worth almost $100,000 on a flight coming from Vietnam. There were all bound and stuffed into a suitcase so tightly that only eight of them were alive when they were discovered at the Los Angeles airport. Law was given a one-year federal prison sentence.

Gayle Simpson, 33, from Inglewood, California, also pleaded guilty this year to smuggling five monitor lizards. Each of them were worth approximately $1500 each. Federal agents discovered the package in the US mail. The package was addressed to her son and was labeled ‘speakers.’ Two of the lizards died and another had injuries. The woman could get as many as 20 years in federal prison.

In Florida, a man was arrested on federal charges of filing false documents to buy a Bengal tiger from a wildlife sanctuary in Indiana. The tiger cub was approximately six months old and was first seen in a backyard in Ventura, CA. The tiger was held in a very small crate. If the man is convicted, he could receive up to five years in federal prison.

Another animal that was confiscated during Operation Jungle Book were Arowana fish. In this case, federal agents saw a package that was leaking water was affixed with the label ‘Porcelain Herbal Pots.’ Eight of the fish were in bags of water in the pots. In some parts of Vietnam and other parts of Asia, the Arowana fish is a symbol of prosperity and luck. Each of them is worth thousands of dollars on the black market in the US.

On display at the press conference were several of the animals that were confiscated, including two tiger cubs, a tortoise and a hyacinth macaw.

Illegally traded animals are protected under the Convention on International Trade in Endangered Species of Wild Fauna and Flora, CITES. This law was signed by 183 countries and is intended to ensure that the international trade of animals does not lead to their extinction.

Experts state that the world is seeing a strong growth in the illegal animal trade. There are many other examples of illegally traded animals other than the ones mentioned during Operation Jungle Book. For example, ivory that was estimated to weigh 23 metric tons, from at least 2500 elephants, was seized in several operations in 2011. Poaching also is threatening some of the last wild tigers in the world; there are fewer than 4,000 left, some estimates state.

Wildlife crime is a major international business. It is often run by very dangerous international criminal networks. Live animals and animal parts are often traded and sold the same as in drug trafficking and gun trafficking. Some of these crimes are well known: elephant poaching for their ivory and tigers for their valuable bones and skins. But there also are many other animals that are traded and sold illegally all around the globe.

Federal cases are serious. You need a highly experienced federal criminal defense lawyer such as attorney Geoffrey Nathan who produces results due to his national profile and representation in the nation’s most significant federal indictments: Operation Iron Triangle, Crossfire Hurricane, Operation Varsity Blues. Due to his reputation for excellence, Attorney Nathan is available to consult with you and can explain how he is able to work within your budget. If you are interested in hiring an attorney for your case, discuss the details with Attorney Nathan.