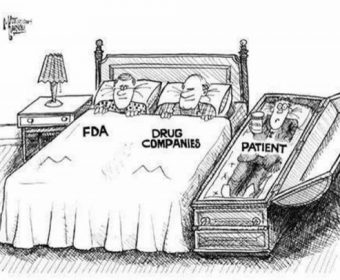 In late June, a federal judge slapped an Amish man with a six year prison sentence for making and selling herbal health products. The US government stated that the products lacked adequate labels, and the Amish man also was convicted of obstructing a federal agency.

The man, a farmer named Samuel A. Girod from Kentucky, was convicted last March for selling, manufacturing and growing herbal supplements without approval from FDA. Also, Girod was charged with threatening a person who tried to provide information about his activities to a grand jury. Other charges including conspiracy to impede federal officers; obstructing a proceeding before a federal agency; and distributing misbranded drugs.

Girod was only recently convicted of his federal crimes, but he first came to the attention of FDA back in 2013. Girod was ordered at that time to cease selling and distributing his herbal products until FDA was able to conduct a GMP inspection. When agents from FDA tried to inspect his family farm, they were refused entry and made to leave.

During his sentencing, Girod argued that FDA regulations do not apply to him or his products because they are herbal remedies and are not classified as drugs. He added that because he is of the Old Order Amish faith, seeking FDA approval would be a violation of his religious freedom.

Girod’s herbal remedies included treatments for skin problems and sinus infections. One of the products, called TO-MOR-GONE, can have a caustic effect on human skin because it contains bloodroot extract. Another product that Girod made was an herbal remedy that he claimed could help to cure cancer.

Federal prosecutors in the sentencing memorandum stated that Girod knowingly marketed and sold misbranded products and did not tell them about the injunction affecting his company.

Jurors in the federal charges case decided that the product did not have appropriate warnings regarding usage. The jury also stated that the dosage and manner of use that was recommended on the package could be hazardous to health.

After Girod finishes his six year federal prison sentence, he will then be under three years of supervised release. During that time, Girod is required to avoid the production and distribution of his products. He also is required to pay restitution of $14,000 and $1300 in assessment fees.

Girod’s supporters who numbered approximately 75 outside the courthouse in downtown Lexington, Kentucky, stated that they were very disappointed with the ruling. One of them from Arizona stated that the conviction was a national disgrace and an outrage. The man noted that he used Girod’s Chickweed Healing Salve without any negative effects. He argued that the judge and jury had made a felon out of a law-abiding citizen and that Giron was simply being punished for opposing FDA and the federal government.

His stubbornness, according to the district judge on the case, is what caused Girod’s conviction. The judge told the media that Girod brought the conviction on himself because he refused to follow federal law.

However, Girod has been a cause for thousands of Americans who view him as a victim of federal overreach. At least 27,000 people signed a petition online that demanded he be released from jail.

The Amish farmer first came under federal scrutiny in 2013 when someone reported his products to the Missouri state health department. An injunction was put in place by a federal judge in Missouri. It banned Girod from producing most of his products until he had met certain standards.

Supporters of Girod argue that FDA has persecuted a man who had no ill intent, and whose products never harmed anyone. Still, FDA, they argue, FDA issues approvals to drugs that do not work and have terrible side effects – as long as they are clearly stated on the label.

The Food and Drug Administration or FDA is one of the agencies of the Department of Health and Human Services. Congress has given FDA the power to regulate food and drugs in interstate and foreign commerce. Those powers are described under the Federal Food Drug and Cosmetic Act. It includes criminal penalties for introducing into interstate commerce any adulterated drugs, cosmetics or medical devices.

FDA can sentence you to prison and ine you for introducing into interstate commerce any drug that it deems has been adulterated or misbranded. In the case of the Amish man’s products, FDA charged him for not putting adequate warnings on his products’ labels, and also for making drug claims, such as his claim that one of his products could help to cure cancer.

FDA also has the legal authority to conduct inspections of drug manufacturing facilities. Once the farmer did not allow FDA inspectors onto his property to conduct an inspection, it was inevitable that he would face serious sanctions.

Many people who get in trouble with the federal government are charged with conspiracy, along with other federal crimes. Conspiracy is a broad type of criminal conduct that can be used to prosecute a wide variety of crimes.

Conspiracy charges are always difficult for the defense to fight. A criminal defense attorney who is defending a client charged with conspiracy has to work diligently to determine what the evidence and proof is in the hands of the prosecution. Also, the criminal defense attorney has to investigate the role that the federal agents think each person had in the conspiracy.

Under a federal charge, a conspiracy will be proven if it is shown that there was an agreement among two or more people to commit any type of federal crime. At least one of the persons has to commit some kind of overt act to make the conspiracy happen. Thus, two or more people sitting around talking about committing a federal crime is not enough to convict them of a criminal conspiracy. An action needs to take place. But if just one person commits one act that enacts the agreed upon conspiracy, all parties involved can be charged.

Federal courts have also found that a conspiracy can exist between two people even if those two never actually meet. As long as one of the people knows that the other person was doing something to further the conspiracy, there is a crime being committed.

Some legal experts argue that it is easy for the federal government to abuse federal conspiracy charges. For example, if two people agree to rob a drug store and one of them buys a mask for the crime, both people could be charged with conspiracy.

A good criminal defense attorney knows that the federal government must show that you voluntarily were taking part in the conspiracy. If they cannot prove this, you cannot be convicted.

Obstruction of Justice Different From Many Federal Crimes

The farmer in the above case also was charged with obstructing a federal proceeding, which is a form of obstruction of justice. This federal crime is different from others in that there was not any actual harm to a person or property. Obstruction of justice basically means that the person charged tried to interfere with the process of official federal duties. If Girod attempted to prevent FDA inspectors from inspecting his property, this is a form of obstructing justice.

To be convicted of obstruction of justice, the prosecutor has to prove three things

Federal cases are serious. You need a highly experienced federal criminal defense lawyer such as attorney Geoffrey Nathan who produces results due to his national profile and representation in the nation’s most significant federal indictments: Operation Iron Triangle, Crossfire Hurricane, Operation Varsity Blues. Due to his reputation for excellence, Attorney Nathan is available to consult with you and can explain how he is able to work within your budget. If you are interested in hiring an attorney for your case, discuss the details with Attorney Nathan.