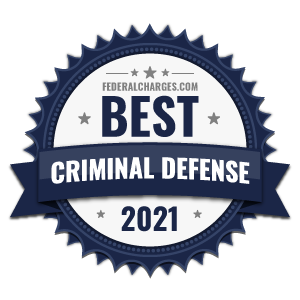 Why These El Paso Criminal Lawyers?

If you or a loved one have been arrested, do not delay seeking the assistance of an attorney. The sooner an attorney can get involved in your case, the better your chances of having a strong defense.

The attorney you hire may start right away, studying the authorities’ against you, doing legal research, and preparing legal motions. That’s why the sooner they begin, the better, as they work to chip away at the prosecution’s case against you.

Read the profiles below and choose the attorney or law firm that best aligns with your needs.

Here are the best criminal defense law firms and attorneys in El Paso:

If you or a loved one are looking for an outstanding criminal defense attorney in El Paso, these lawyers are the best of the best.

Attorney Felix Valenzuela is an El Paso native who has spent his entire professional legal career advocating for people in the local community. Valenzuela maintains 10.0 ratings on Avvo and was honored by SuperLawyers in 2017.

His primary practice areas include defending individuals accused of crimes, and he specializes in both criminal and civil appeals. He has successfully represented clients in both Texas and federal courts in having previous decisions overturned.

The two attorneys of Benjamin Law Firm each have prosecutorial experience, which gives them unique insight into how district attorneys and prosecutors construct their cases — and how to attack those cases. Partner Brock Morgan Benjamin is board certified in criminal law by the Texas Board of Legal Specialization.

Attorney Joseph R. Veith has served the public on both sides of the criminal justice process, both as a public defender and a prosecuting attorney. Since opening his private practice, his primary practice areas include criminal law, personal injury, and estate planning.

Veith has a 9.4 rating on Avvo and was recently featured in the HBO documentary “Zero Tolerance,” which focused on the fight to reunite an immigrant family. His primary criminal defense practice areas include DWI, assault, drug possession, domestic violence, and records expungement.

Attorney Robert Navar is a tireless advocate for his clients, whether they face charges related to traffic offenses or more serious crimes, though his primary practice is in fighting traffic tickets and warrants.

With his practice focused on defending against traffic tickets, Navar is an expert at helping his clients avoid having to pay pesky tickets or, worse, lose their rights to drive altogether. He’s assisted individuals charged with traffic violations like running stop signs and red lights, speeding in school zones, commercial violations, and much more.

El Paso native Jon Joseph’s unique educational path took him from the University of Texas El Paso to the Netherlands, where he spent a summer internship in The Hague studying international criminal law. Today, he practices much closer to home from his office in downtown El Paso.

What Types of Crimes Are Most Common in El Paso?

Compared to other major cities in Texas, El Paso tends to have lower rates of crime. In fact, among the 10 biggest cities in the state, El Paso ranks outside the top five for each crime category, and the city’s highest ranking is sixth place for its murder rate about six per 100,000 people. That rate is less than half the rate of the leading city, San Antonio (14 per 100,000). Similarly, El Paso tends to have a favorable position when compared to other large U.S. cities. Among the 50 biggest, El Paso’s crime rates place in the top half only once, with the city ranking 23rd for its murder rate.

Many other U.S. cities have been experiencing an uptick in crime since the pandemic, but El Paso has seen crime rates fall. Murders fell by 30 percent, which is attributed to the 2019 figure having been elevated by a mass shooting. However, other crimes also fell in El Paso, led by a 49 percent decline in motor vehicle theft, while burglary dropped by 20 percent.

It’s important to note that police- and FBI-reported data does not cover closed cases or incidents for which a person was convicted.